This article was originally published in The Big Eye Newsletter (Vol 1 No 2, Spring 2006).

A new visitor to the Palomar Observatory would be forgiven for paying scant attention to the small hut-like structure shown in Figure 1. A few minutes walk from the gigantic dome of the five-meter (200-inch) Hale Telescope, the clamshell enclosure houses a small telescope named Sleuth. The diameter of Sleuth’s camera lens is relatively small, only 10 cm. The telescope itself would blend in well in a store for the astronomy enthusiast. And yet, this inconspicuous telescope is contributing to our understanding of planetary systems similar to our solar system, and how these systems formed. In the shadow of the “Big Eye”, this is the Little Telescope That Could. 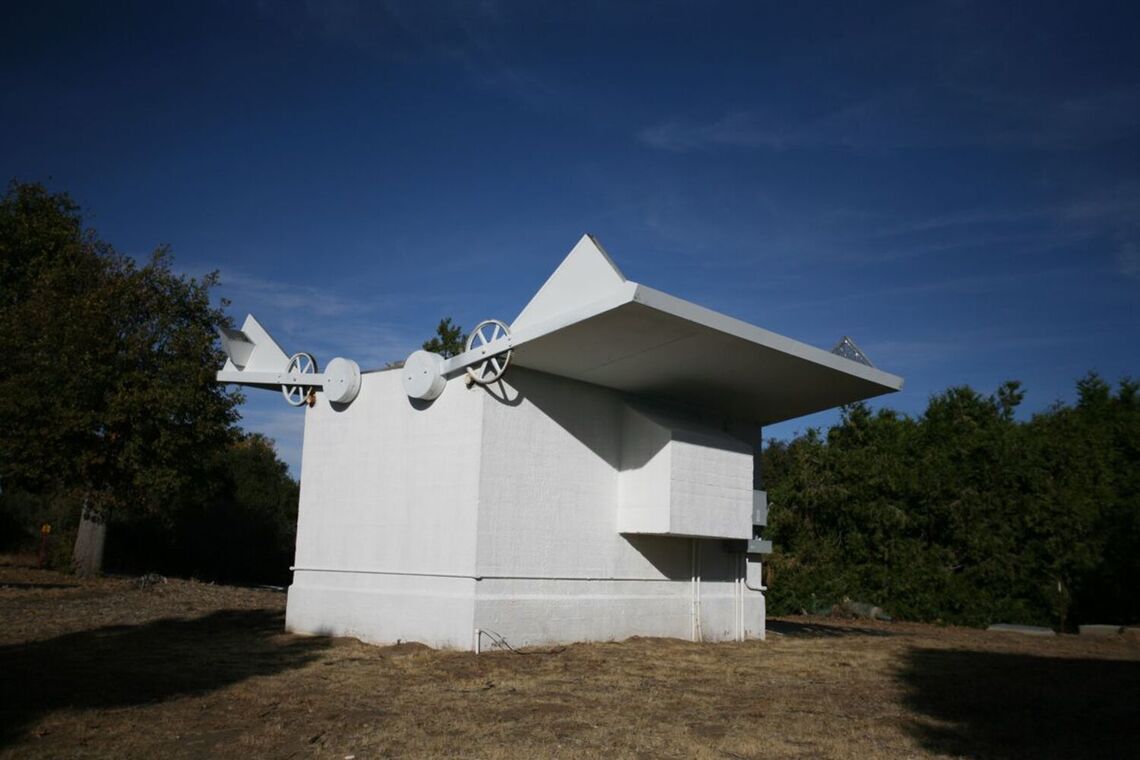 Figure 1: Sleuth - the smallest telescope at the Palomar Observatory

The planets in our own solar system have intrigued humanity throughout history. In particular, we strove for the ability to predict the motion of these “wanderers” in the night sky. Great minds provided keen insights into the workings of the solar system. These included Copernicus’ bold statements that displaced Earth from the center of the universe, and Newton’s theory of gravity that explained why the planets perform their dance around the Sun. We now probe our solar system and beyond for clues as to how a planetary system forms and what the composition of a planet may be. Since the discovery 10 years ago of the first planets outside the solar system (called exoplanets), we have identified about 160 of these bodies1. We hope to discover other “Earths” – a holy grail in astronomy.

Rather than trying to observe a planet itself directly, it is easier to discover an exoplanet by observing the effect of the planet on the host star. As a gas giant like Jupiter orbits a star, the star may appear to “wobble” by a certain amount in the night sky. If we observe such a wobbling star, we can estimate the mass of the companion and deduce that a planet may be present. The majority of known exoplanets were identified in this way. These discoveries included a surprise finding: gas giants can be found closer to stars than Mercury is to the Sun! This proximity also means that it is likely that we can observe the planet crossing in front of or “transiting” the star, as is seen during transits of Mercury and Venus. If this happens, the star appears to dim for a few hours. Because of the relative diameters of a star like the Sun and a Jupiter-like planet, this dip in the brightness (about one percent) of the star could be detected even by a small telescope (if you were careful with how you measured this brightness). In 1999, the first transiting exoplanet HD 209458 b was discovered using the 10-cm STARE (STellar Astrophysics & Research on Exoplanets) telescope. Eight other transiting exoplanets are now known2.

Sleuth (shown in Figure 2) is a small-aperture telescope, similar to that used to discover HD 290458 b. Its 10-cm camera lens has a large square field of view on the night sky, about six degrees to a side. (The diameter of the moon on the sky is about half a degree.) The construction of the telescope by Professor David Charbonneau (currently at the Center for Astronomy at Harvard University) was completed in 2003. Since then, Sleuth has observed a new patch of sky throughout each night every two to three months3. At the end of this observing run, the brightness of each of the thousands of stars is studied for signs of a transit dip. Any candidates must then be confirmed by observing them with various instruments on larger telescopes before any announcement can be made with certainty. Ultimately, the mass of the planet must be measured from the wobble of the host star. In the case of a transiting planet, the estimate of the mass of the planet from the wobble of the star is very close to the actual mass, so we can confirm the planetary mass of the candidate. 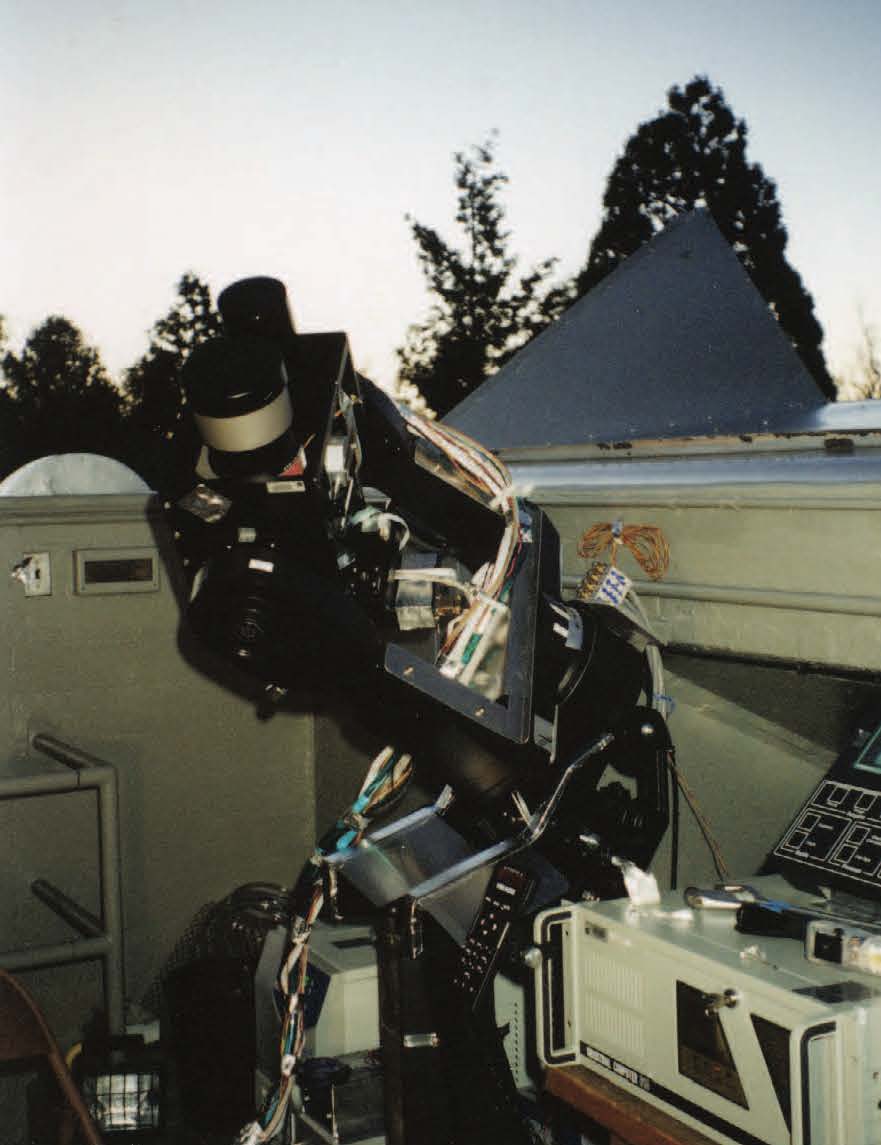 Despite its location in sunny Southern California, Palomar Mountain can be a cold, windy experience for observers at night, especially during winter. And without the shelter available in the larger domes, regularly observing in Sleuth’s clamshell enclosure requires passion, discipline, and lots of layered clothing! Thankfully, the frostbitten fingertips of graduate students need not be sacrificed in the name of science. Sleuth is an automated telescope, capable of observing target areas of the night sky without much human supervision. All the required actions are scripted in advance, and a computer running this script is placed in charge of the telescope. The observer can then get a good night’s sleep and receive the data in the morning. The automated nature of this procedure allows for remote observing, so the observer need not even be on the mountain. In this way, Sleuth is controlled from the California Institute of Technology (Caltech) in Pasadena, and can observe each night, weather permitting.

Unfortunately, the weather on the mountain does not always cooperate with our plans. Fortunately, Sleuth is part of an international network of three telescopes, the Transatlantic Exoplanet Survey (TrES, the Spanish for “three”). The telescopes are located in California, Arizona and Tenerife, Spain. Observation of the same area of the sky with each of the telescopes allows for continuous monitoring even if weather shuts down one of the telescopes. In 2004, this TrES collaboration announced the discovery of the closest planet to have been identified by its transits of a star. The planet, cleverly denoted by the name TrES-1, lies over 500 light-years away. Despite this distance, the TrES group was able to detect infrared emission from this planet–the first direct observation of light from an exoplanet. Several of the other known transiting planets are much further away than TrES-1, beyond the reach of current follow-up facilities, so this planet produces a valuable opportunity to study the structure of exoplanets and the composition of their atmospheres.

Many hours of work by professional astronomers were spent before the discovery of TrES-1. But any enthusiast can find the host star (at 19h 04m 10s +36d 37m 57s, J2000) and observe it using amateur telescopes similar to Sleuth. Indeed, many amateur astronomers are joining the hunt for transiting planets as part of the transitsearch.org network. If you too can escape the light pollution, I invite you to enjoy the night sky, and think of Sleuth, the tireless workhorse, quietly studying thousands of stars for signs of TrES-2, -3 and maybe even -44, and providing the foundation for the discovery of other Earths.

You May Also Enjoy

I’ve used pandoc a lot before to convert Markdown files to PDFs. I just found out it can also convert reStructuredText text files to Markdown format:

Nix: Get source directory of a script within the script

Mac: Logout a user from the command line